Tattoo Designs and Their Meanings 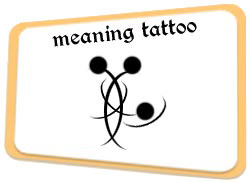 If you've made your mind to get a tattoo, you must be wondering as for which design to go for. Choosing a tattoo design can be difficult because it would be imprinted on your body throughout your life, so definitely it should be a good choice. Though it's entirely a personal choice, you can choose tattoo symbols for your reasons and with your own significant meaning. Here is given a brief idea of the most popular tattoo designs and their general meaning:

Tribal Tattoo
In fact, this is the most common style of tattoo seen in all places. Such tattoos represent primitive history and culture, and have their root in continents like Africa, Asia to Oceania and the Pacific islands. The most popular ones are from the ancient cultures from Maori, Haida and Polynesian designs. These designs in new age take their inspiration from indigenous and aboriginal cultures, articulated in a graphic design to suit the new age fashion requirements.

Animal Tattoos
These tattoos cam be chosen for many different reasons, however, basically indicates the affinity and respect for animals.

Bird Tattoos
These tattoos are also commonly preferred, and have many variations from small swallows, to crows and owls. In general, bird tattoos are associated with freedom.

Cross Tattoos
These tattoos, found in different styles and colors, generally represent religious symbolism. It's more often than not connected with Celtic stylization. Such tattoo designs symbolize fusion of religious and Celt history.

Eagle Tattoos
A popular tattoo design in the USA, eagle is a great symbol of power that represents one of the ultimate predators. In fact, in America, it's a symbol of strong patriotism and often eagle tattoo designs feature the colors of USA flag.

Face Tattoos
Face designs in tattoos put across our own view about humans. Most of the people either get face designs (portraits) of decease family members, or mythical and fantasy characters.

Sun Tattoos
Like tribal tattoo designs, Sun designs are rooted in the history and culture of many civilizations. The Sun always held a special place across many continents and times, being the giver of life. It's a symbol of rejuvenation.

Fairy Tattoos
Fairy designs make the popular female choice. It perhaps represents the child in us which thinks of fairies and pixies.

Flower Tattoos
Flowers, again, are loved more by the women. It generally suggests the nature element.

Horoscope Tattoos
These designs, suggesting a tribal form, are also common among people. And the most popular horoscope design is of scorpion, which refers to sting in the tail.

Wolf Tattoos
The wolf design, in general sense, gives the impression to invoke and symbolize the primeval savage ruthless beast in us.

Wings Tattoos
Wings in a tattoo denote the divine or spiritual meaning, like; the angle motif denotes the divine sign for wisdom and protection. In a tattoo design wings can be depicted as powerful as of an eagle’s or as light and delicate like that of a butterfly. Wings in a tattoo are famous with both men and women.

Maori Tattoos
People who are interested in the mysticism of tribal tattoo are generally inclined towards getting Maori tattoos. These tattoos are distinctive in design with their usage of bold lines and repetitive designs. The original Maori tattoos had very detailed personal details, of the person getting tattooed, in the tattoo like family history, extensive personal information, etc.

Dragon Tattoos
This design in the tattoo world, taking its inspiration from the Japanese and Chinese culture, is a hit in the western world. Dragon as a mythical figure does not specify any particular quality; it is neither good nor bad. It only denotes the cultural magnanimity and almost overpowering influence of the folklore on our mindsets, primarily because of which it is famous amongst people from all over the world.

Phoenix Tattoos
Phoenix design finds its roots deeply set into both the western and the eastern culture. There are many tales of phoenix that appear in the mythological folklore from Arabia, Greece, Rome, Egypt, etc. Specifically in the Greek and Egyptian culture, phoenix is denoted as the representative of the sun ¬¬¬, dying at the end of the day and rising again from its ashes each morning.

Butterfly Tattoos
This tattoo design is a favorite among women for its goddess-like and delicate qualities. Women get attracted to the concept of getting a butterfly done as a tattoo on their bodies because butterflies have denoted the feminine energy from time immemorial. But it not only depicts the feminine energy. It had its influence on the masculinity as well. For Example: the emperor of Rome, Augustus, made butterfly as his own personal symbol, also the Mexican warrior priests from the Popolucas culture made butterfly as their motif and inscribed it on their breastplates. Butterfly has always been the symbol for mysticism for life and nature.